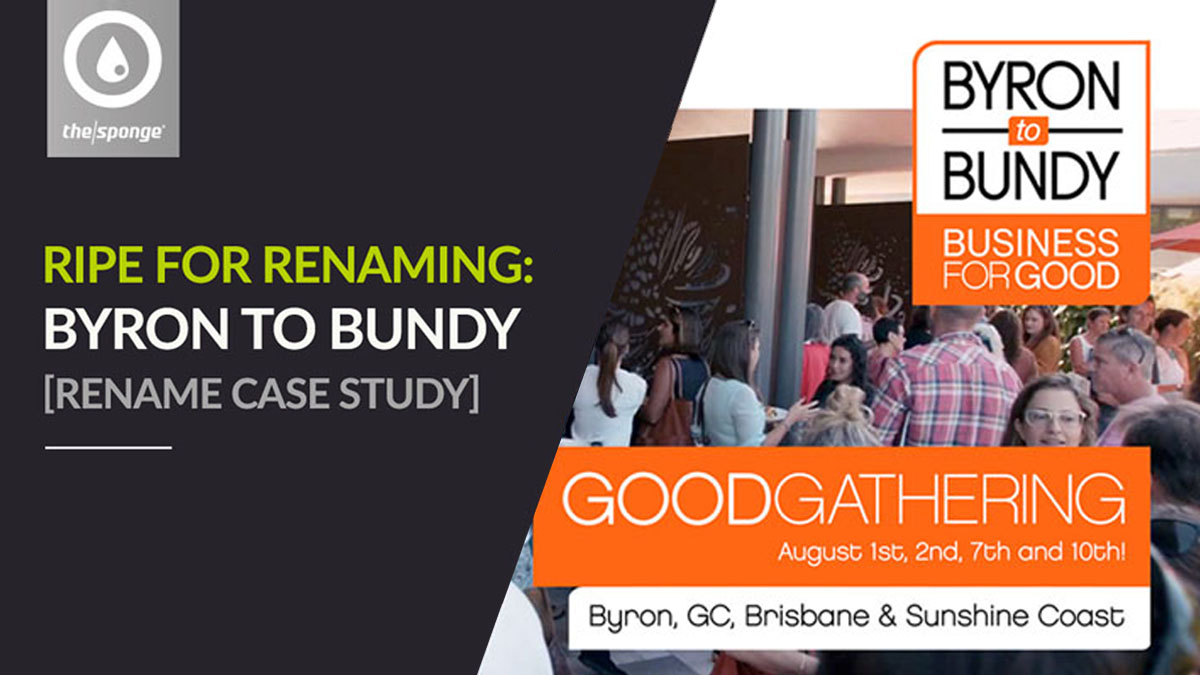 What does the name Byron to Bundy say to you?

It will likely depend on whether you are familiar with Byron Bay and Bundaberg. And if not, then the need for renaming will be obvious already.

Many brands get to a tipping point of confusion, difficulty and limitations of a name. Then it becomes imperative to rename. There are several good reasons to do so. In a previous article we cover the top 8 reasons brands rename.

In this post we will look at the situation for Byron to Bundy. Then we’ll detail the main problems caused by the name, and how it got there. With the autopsy complete, we will explore the challenges for the new name. And then the new name itself and how it addresses each goal.

After the reveal, we will also cover the next steps for transitioning to the new name.

Who, or What is Byron to Bundy?

It is a little over a year since the formation of Byron to Bundy. And a lot has happened since that fateful meeting. A handful of Certified B Corps and friends hashed out a bold plan to grow the community. I was in that meeting.

The plan was exciting. Without much thought, we agreed on a name which represented our B Corp Community. It was for the region broadly spanning Byron Bay to Bundaberg. It was Byron to Bundy B Corps. The name was fun and had some interesting alliteration, and at a surface level represented us. So it stuck.

In hindsight, we were too eager to get going, and didn’t invest in the brand story work I insist on with clients. I don’t think any of us really thought about how that name would be used, or problems the wider community may have with it. Especially me – the branding and naming guy! 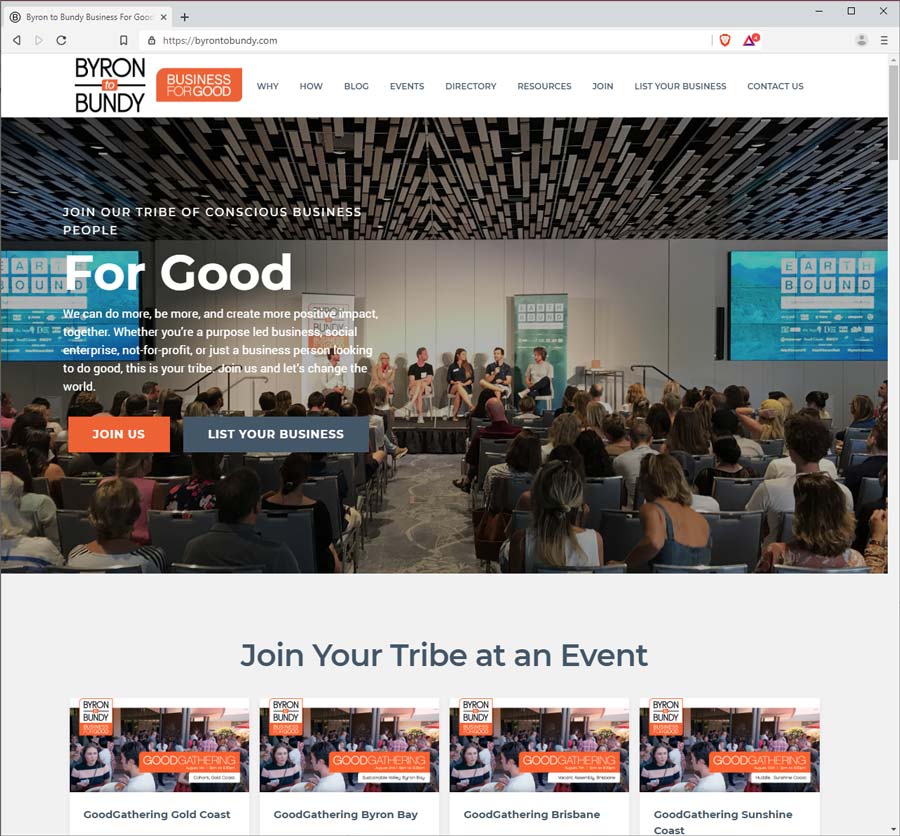 The Problems Begin to Bubble Up

The first issue with the name Byron to Bundy B Corps was the need to drop the B Corps. It was causing issues within our community with people feeling excluded. It became clear we needed to be inclusive of more than B Corps and those interested in certification. That meant social enterprises, not for profits, and conscious people in not-so-purposeful roles. As well as conscious people looking for purposeful roles. We are about getting good people together!

The alliteration was fun, but people were getting it wrong. We were hearing Bundy to Byron and even distant cities like Byron to Bondi. Each was making it difficult for word of mouth to work.

Byron to Bundy on its own has no context for what it is about. We added the tagline “Business for Good” to solve this. And while it helped when people saw it, it didn’t get said. Byron to Bundy is too long as it is. Five syllables is too long!

Humans are lazy. We will shorten anything to one or two syllable nicknames. Byron to Bundy gets shortened to BtB, or B2B. Both an easier, three syllable acronym, that share a more recognizable meaning – something else though – which is confusing! A huge problem.

But wait, there is more! Many people who attended events shared that they mistook Byron to Bundy for some sort of race. And these are people who persisted and found out what it was really about. How many potentials guests dismissed it outright?

Last but not least, Byron to Bundy was getting interest from people north of Bundaberg. And they felt excluded. So the name was limiting the scope of service, and our intention is far greater North.

In summary, before we named, we didn’t define our brand purpose, values, or model! We didn’t talk to the market to get clear on who would be our community members (our customers)! And we didn’t really even get clear on our impact model, so we did none of the foundation work before the name. We were way too eager. And destined for problems!

A year of events under the belt now, and over 400 attendees, we’ve learned a few things. The scope of the organisation for the next 5 years is clearer. As is what we need the name to convey. And who our community need us to be.

The main attributes we want the new name to embody are:

And of course, be short, memorable, sound good, be easy to say and spell. And all the other powerful brand name keys we preach at The Sponge.

The name came as a revelation in a moment of meditation. It was after many hours of idea storming and contemplation. Renaming takes time!

The brand new name is: GoodNorth

Here’s how it measures up:

So it ticks the box for all three.

And it is short – two syllables, so hard to screw up. It is easy to say, easy to spell, and we have registered it as it was freehold. And it connects with our recent GoodGatherings, the name of our last round of Byron to Bundy events. Winning!

Where to From Here – Next Steps?

This is the first announcement of the new name. Now that renaming is done and the new name secured. With any renaming there is a transition period for the community. There will be a sustained storytelling process to share the new evolution of the brand story.

The new brand identity is almost done. It carries into it some of the current brand elements, so it will have connection to the past. The brand reveal also forms part of the community journey. The website is being cloned and updated on the new domain name now. All the pages will redirect, with a storytelling piece heading the page. It will update those who miss the communications with the why.

All the rest of the assets will be updated to match the new name too. Everything can happen smoothly, to plan. And the next upcoming events will get everyone familiar with the new name and brand.

Byron to Bundy to GoodNorth. There is much to do before we can report on the impact that the new name will make. But just quietly, we are all a bit excited about it! 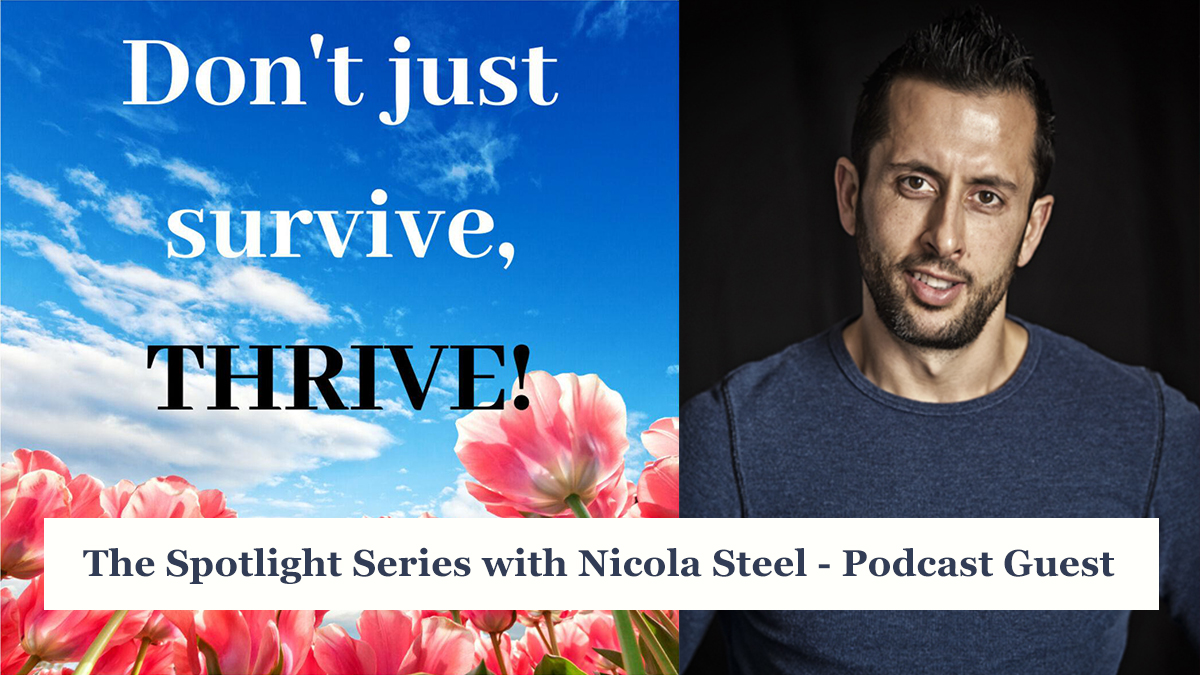 Is your business a force for good? What impact is your company having on the world? Are your vision and values authentic and consistent across [read more...]

What does the name Byron to Bundy say to you? It will likely depend on whether you are familiar with Byron Bay and Bundaberg. And [read more...] 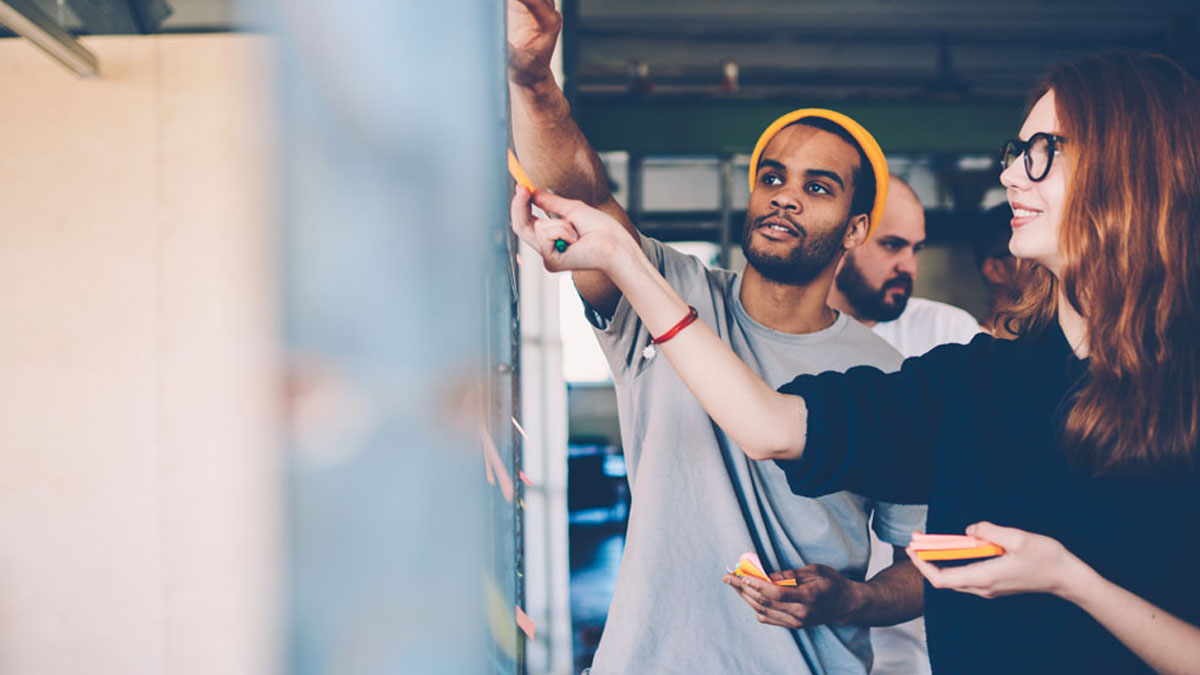 What’s the difference between naming children, and brand naming? Naming children can be hard! And it gets harder the more children you have (and I [read more...] 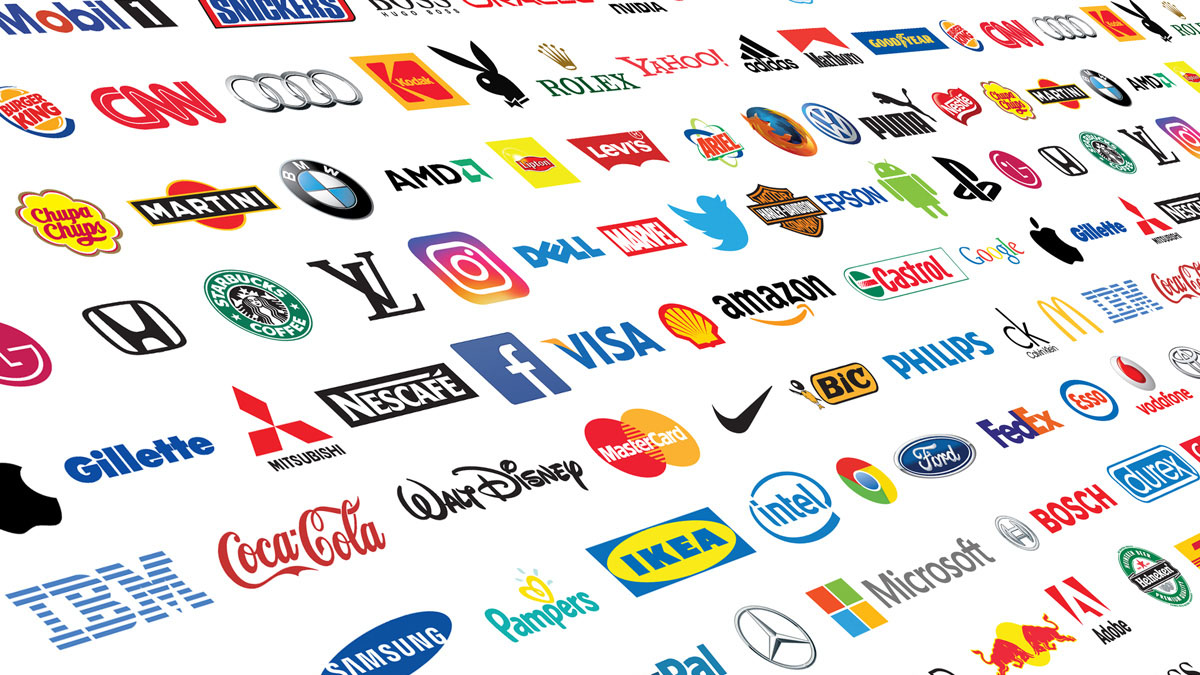 Want to create a world leading brand?   The 10 most valuable global apparel brands have two things in common. As do the 10 most [read more...] 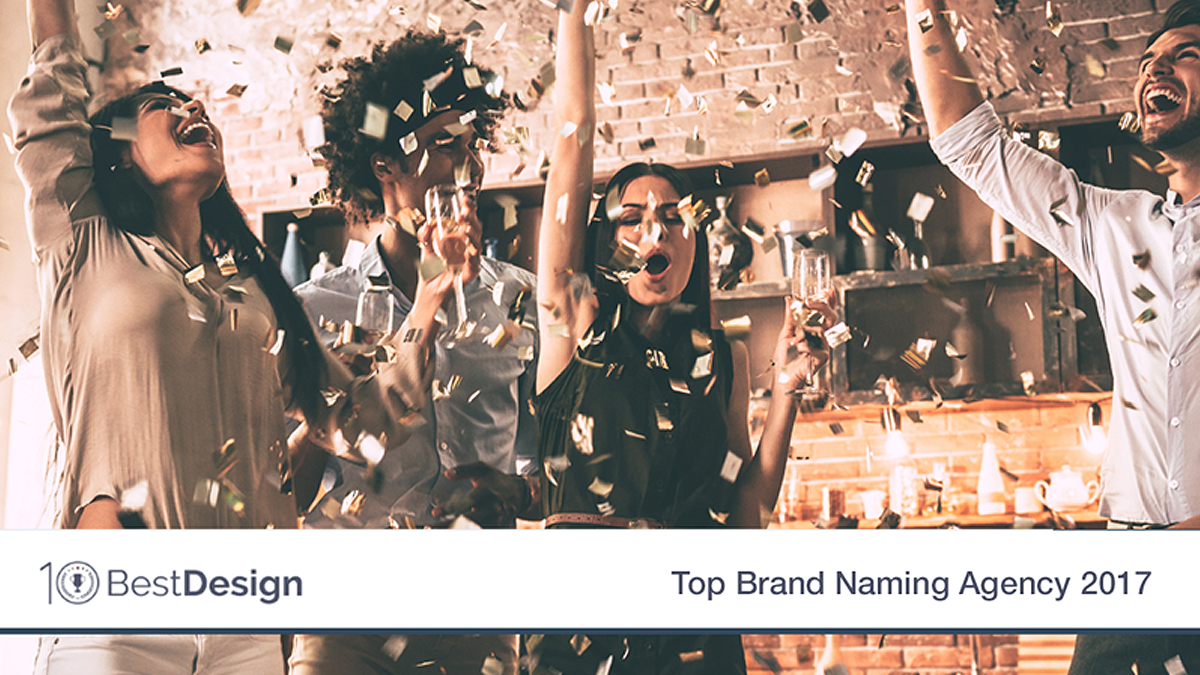 The Sponge Selected As A Top 10 Brand Naming Agency

We are so happy and grateful for 10BestDesign.com recognizing us as one of the 10 Best Naming Agencies of 2017 in the world. It is [read more...] 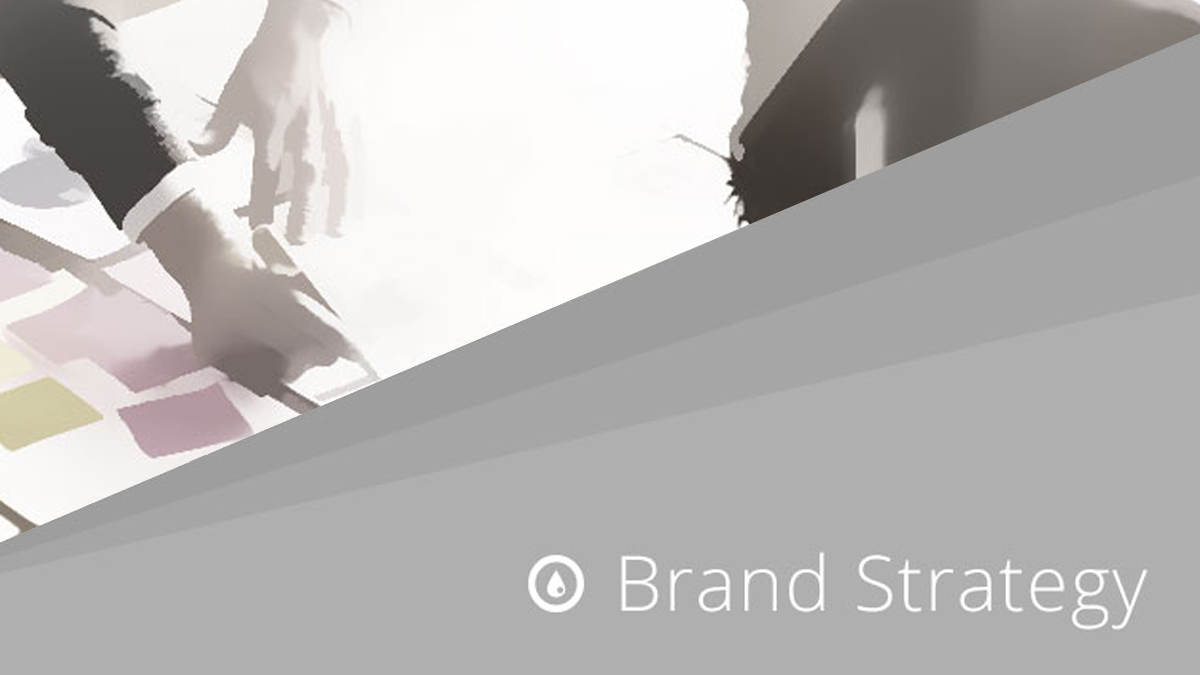 We’ve just added a showcase for HealthStreams to our Sponge Facebook page. The Core Brief was to: Create a brand name & brand mark for [read more...] 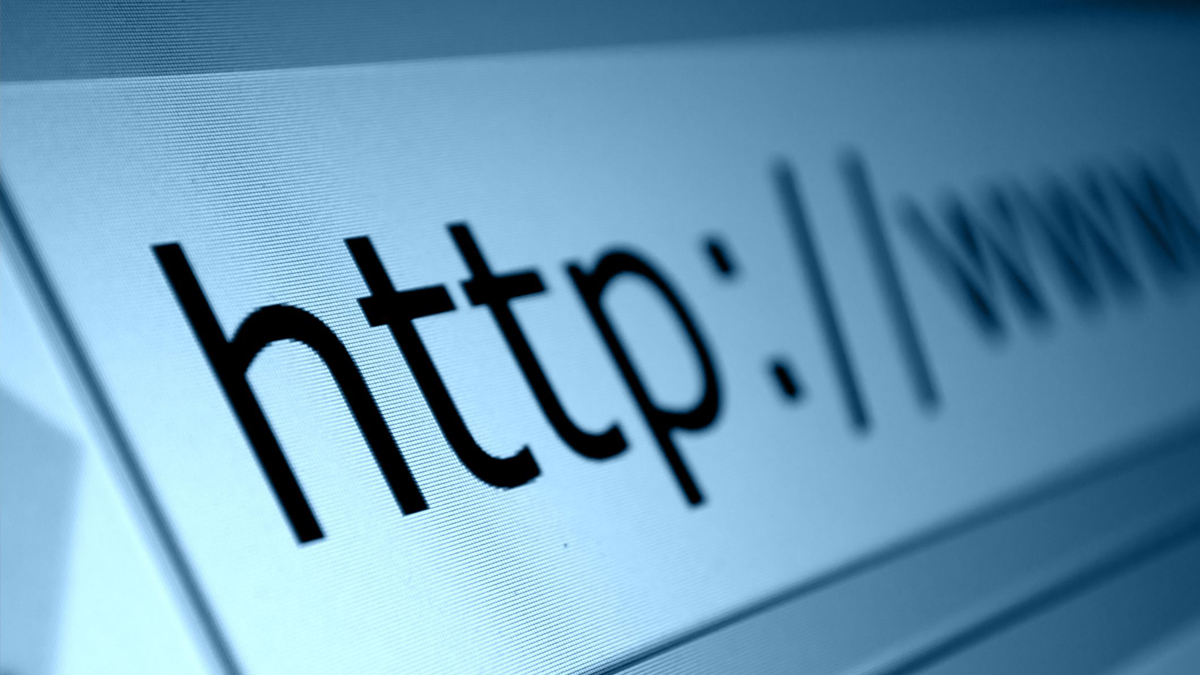 A few weeks ago, I talked to you about the naming challenge. At The Sponge, we consider all sorts of factors when naming a brand. [read more...] 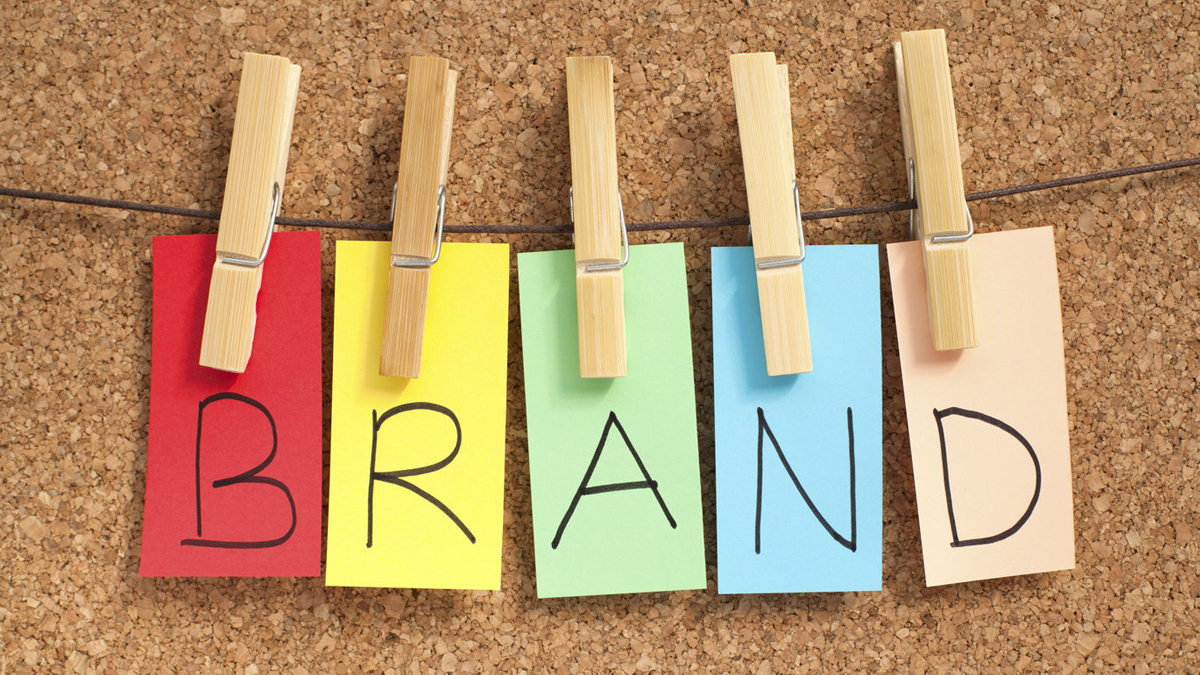 Get your brand name right, or get lost (in the crowd)!

Brand names are a verbally communicated thing (word of mouth is still the most important brand builder). So how a brand sounds and the imagery [read more...] 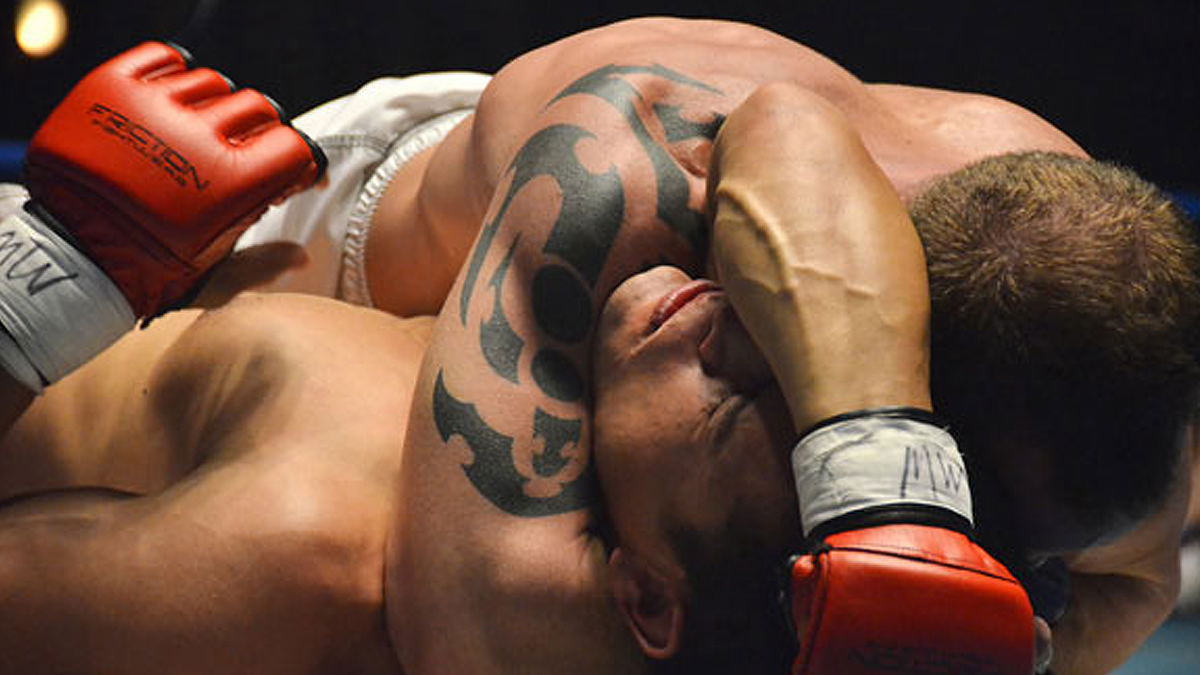 How Rebranding with a New Brand Name Transforms A Business

How do you know if your brand name is strangling your business? During a recent brand story workshop it became clear that there was more [read more...] 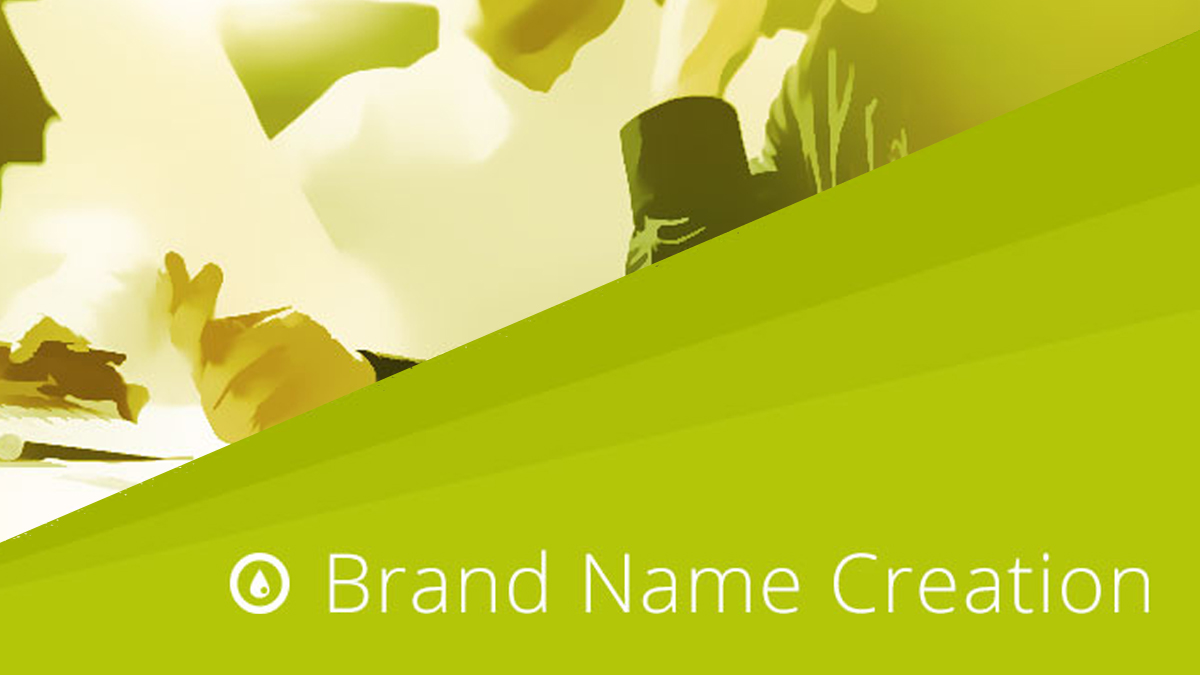 How to Create a Powerful Brand Name

Whether you’re coming up with a fresh new brand name, or if it’s time to rename because your branding isn’t working, there are seven keys [read more...]
Showing 6 comments